The Bruny Island Race was first held on Saturday 19 March 1898 and was originally called The Ocean Race, it is Australia's oldest ocean yacht race.  That year only local cruisers on the Derwent Sailing Club register could enter.

Although it was not held during the war years it has been held almost continually since 1946 when it was reintroduced. This year marks 120 years since the races inception. Run by the Tasmanian Yacht Club, which was founded in 1859 in Hobart, the club endured many lapses and name changes until, in 1908 a royal warrant was granted to the Royal Yacht Club of Tasmania.

The race is part of the Royal Hobart Regatta, this year marks its 180-year anniversary.  It was founded by Sir John and Lady Franklin, who were great believers in encouraging learning and improvement.  And as a form of relaxation and competition for the people of Hobart on the 1st December 1838, the Hobart Town Anniversary Regatta was held.  On that occasion Governor Franklin provided free food and beer and the day was declared a public holiday, entry was free. Today entry is still free, and Regatta Day remains Australia's oldest public holiday still in use.

Starting at 9.30 am from opposite the Regatta grounds, the Race is an 89-nautical mile circumnavigation of Bruny Island.

The prize pool in 1838 was small by today’s standards. Eight enthusiasts raised the prize money by way of a local sweepstake topped up by public subscription; 1st prize £12, 2nd prize £6 and 3rd was £2. There were seven starters that year, Yawl Gift, Surprise and Maisie took line honours in that order. Clytie, Ella & Niobe, 3 Yawls took up the rear. The winner on handicap was Sunbeam, a yawl owned by a Mr. J Blackley and skippered by Mr. Percy Douglas. The sunbeam was a very old boat, a half decker. The crew were civil servants and had entered as a bit of a joke not intending to complete the course.

The 1902 race set off in very promising circumstances, only to encounter very heavy south westerly weather off the Friars. Two boats turned back Volant and Surprise, Maisie went outside the Friars and Mistral and Mabel attempted the inside passage. Mabel was lost on the way up in sensational circumstances leaving Mistral and Maisie to go it alone. Mistral won by two hours.

Mabel was built in Hobart by Charles Miller in 1885 for George Cheverton, who later became a land owner and saw miller on South Bruny Island. At the time of the wreck, Mabel was owned by A.A. Wilson and W.G. Eady, who along with E. Maher, P Hallam and G. Cheverton were on board. 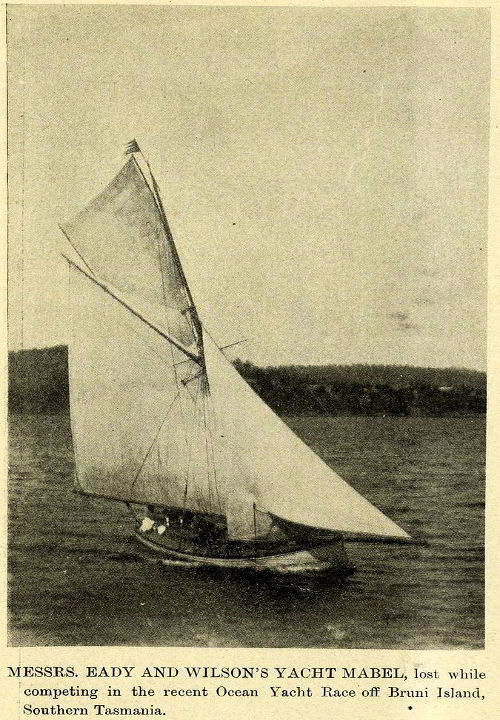 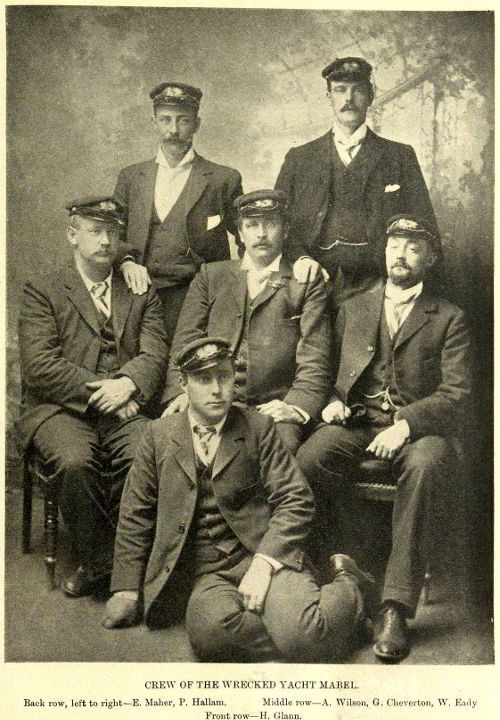 When Mabel was about 3 miles from shore she was battered unmercifully by relentless seas. She suddenly opened in her garboard streak (strake) and began to take water fast. They made a dash for the shore hoping to find an opening in the cliffs, fortunately a small beach showed ahead. Running ashore “with a quiver and a crash the gear came down”. After securing the flag the crew scaled the cliff and made their way to the lighthouse" Read a firsthand account here.

Mabel’s Bay is opposite Cloudy Bay and was previously known as Half Moon Bay.

The 1911 winner was Volant. “The Volant built for Mr Harry Denne by John Lucas at Dennes Pt was drawn to the water’s edge by a team of bullocks and launched in 1890” Volant became known as the Pride of the Derwent and was recognised throughout Australia as the fastest craft of her day. She won 68 races including 35 trophies.  She was converted into a fishing vessel in 1912. After many years working she also came to an ill-fated end. In 1978 she was wrecked on the rocks near Mutton Bird Island, Port Davey, fortunately with no loss of life.

The loss of the Mabel, Arrival of the crew in Hobart, A Thrilling Experience

The story of the loss of the craft is well told by Mr. Wilson. On being interviewed by a "Mercury" representative, he said: -

"We were going through the Friars on Saturday night, and the weather became very thick, with hard southerly rain squalls. We took in our topsail and lowered our staysail. Just after getting to the Friars we saw the Volant turn round and shape a course for home.

We went round and stood out to sea on the port tack. There was a fearful sea on, big curling billows continually breaking over us, but still the yacht was going well, and we expected no danger. Before we went round I should have mentioned that we double-reefed the main-sails. While standing out to sea, one of the chaps went below, and found a lot of water in, and got a bucket to bail out. I had a look, and seeing so much water in, knew something had gone wrong, and that the craft was foundering. The only chance for us then was to square away for Cloudy Bay. We had about three miles to run. Bailing was done with a bucket, but the water con-tinued to gain on us. We re-set the staysail to get the yacht through as fast as possible, as it was painfully evident to us that we needed every minute to reach the shore. On nearing the shore in Cloudy Bay the craft gradually sank until she settled on the rocks. There was a heavy sea rolling in, and the yacht was soon smashed up. All that now remains of her are a few ribs.

"We managed to get ashore safely, as the waves receded. That was about a quarter past 2 on Sunday morning. It had ceased to rain, and we lighted a fire and waited for daylight. When that came, we found ourselves in a rather unconsoling predicament, we being surrounded by high cliffs, very difficult of ascent. We were told subsequently by the lighthouse keeper that the cliffs were 400ft. in height. I climbed up a little first by standing on one of my mate's shoulders, then I pulled Cheverton and Maher up by means of a 'bluey', then it took us about four hours to reach the top. The three of us then went across to the lighthouse (to get assistance for Eady, Hallam, and Glann. We got to the lighthouse about 7.30 am., and on hearing our story Mr. Hawkins, the keeper, took a long line, and went to the rescue of our mates. He climbed down the Cliffs, and found that the remainder of the crew were not there, and after making search he returned. The others had managed to scale the cliffs, and reached the lighthouse at about 2.20 p.m."

In conclusion, Mr. Willson said they could not speak too highly of the very considerate and kindly treatment which they received at the lighthouse, and he desired to express his deep thanks there for.

Mr. Wilson is of opinion that one of the garboard strakes must have gone to cause the leak in the yacht. He added had the yacht gone but five minutes sooner all must have been drowned.

The Mabel was a 28ft. yacht and was built about 1886. Nothing was saved from the wreck. Mr. Glann lost £2, Mr. Wilson is suffering from a sprained ankle, and Mr. Cheverton from an injury to his rib. and all of them more or less from shock. 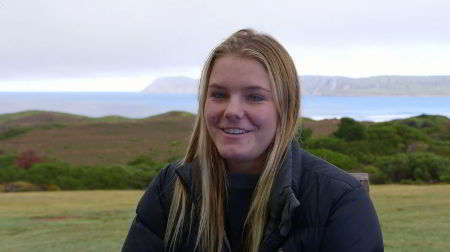 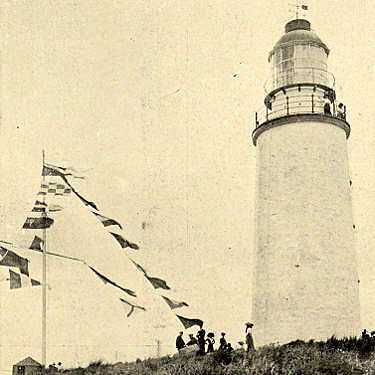 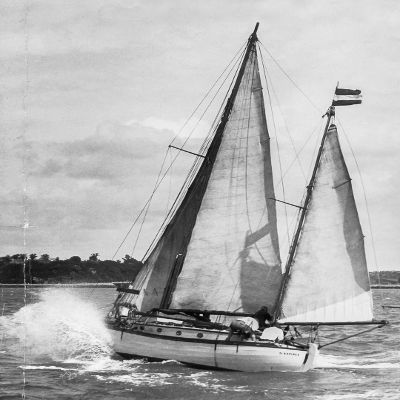 Erika Grundmann, author of Dark Sun, and Tracy Thomas from Bruny Island Coastal Retreats, appear on ABC Radio Hobart to talk about the restoration of Te Rapunga and the Wooden Boat Festival in Hobart.